What is the Orthodox Church? 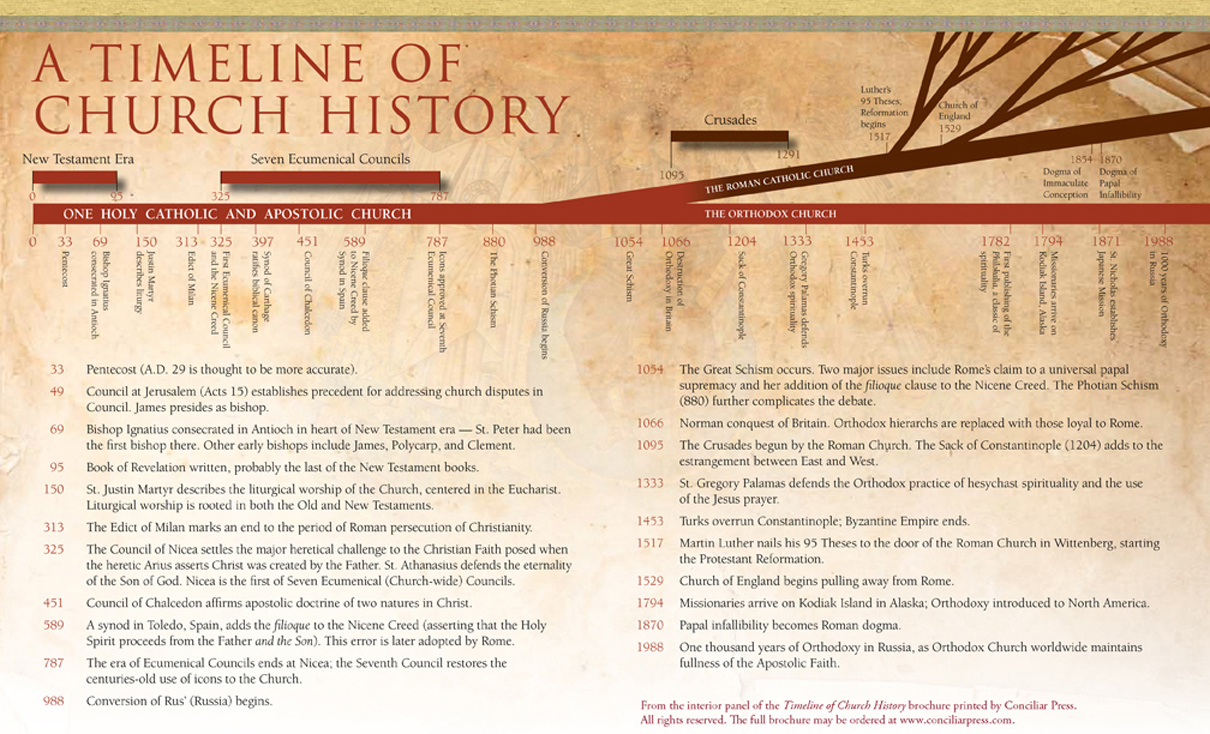 • On the one hand, it is the oldest Church in Christendom, on the other hand, it’s new to most people in North America.

• It is the second largest body in Christendom with 225 million people worldwide. But in the U.S. and Canada there are less than six million.

• In the twentieth century alone, an estimated 40 million Orthodox Christians gave their lives for their faith, primarily under communism. So high is the commitment of many Orthodox Christians to Christ and His Church, she has often been called “the Church of the Martyrs.”

• She is the Church of some of history’s greatest theologians, scholars, and writers— people like John Chrysostom, Justin Martyr, Augustine, Dostoyevsky, and Alexander Solzehenitsyn.

But what exactly is this Orthodox Church? What are her roots? What are her beliefs? And why are there so many who have never heard of her?

The Orthodox Church is the original Christian Church, the Church founded by the Lord Jesus Christ and described in the pages of the New Testament. Her history can be traced in unbroken continuity all the way back to Christ and His Twelve Apostles.

Incredible as it seems, for over twenty centuries she has continued in her undiminished and unaltered faith and practice. Today her apostolic doctrine, worship, and structure remain intact. The Orthodox Church maintains that the Church is the living Body of Jesus Christ.

Many of us are surprised to learn that for the first 1000 years of Christian history there was just one Church. It was in the eleventh century that a disastrous split occurred between Orthodox East and Latin West. Although it had been brewing for years, the so-called “Great Schism” of 1054 represented a formal—and shocking— separation between Rome and Orthodoxy. At the core of the controversy were two vitally important areas of disagreement: the role of the papacy, and the manner in which doctrine is to be interpreted.

But What Is the Real Difference?

For example, Rome added to the ancient Creed of the Church, while numerous Protestant Churches rarely study or recite it. Rome has layers of ecclesiastical authority; much of Protestantism is anti-hierarchical or even “independent” in polity. Rome introduced indulgences and purgatory; in reaction, Protestantism shies away from good works and discipline.

In these and other matters, the Orthodox Church has steadfastly maintained the Apostolic Faith. She has avoided both the excesses of papal rule and of congregational independence. She understands the clergy as servants of Christ and His people and not as a special privileged class. She preserved the Apostles’ doctrine of the return of Christ at the end of the age, of the last judgement and eternal life, and continues to encourage her people to grow in Christ through union with Him. In a word, Orthodox Christianity has maintained the Faith “once for all delivered to the saints.”

The Orthodox Church in North America

It was from the religious and political Western world that the vast majority of early colonists came to make their homes in the New World. Here they could be free to live without fear or threat of recrimination from either Roman Catholic or Protestant dictums. But with them also came the religious environment and convictions of the Western Europe they left behind.

When the Orthodox “latecomers” finally arrived in North America, they were often ignored as a “foreign” minority. The religious and cultural climate of the New World was already deeply entrenched. Thus, rather than mingle with the culture religiously, Orthodox Christians tended to maintain their Old World ethnic identity, even to the point of retaining their native languages in their worship. People who visited their churches were often unable to understand what was said or done. Services at our parish are done in English.

The Orthodox Church today is being taken seriously in this hemisphere. People devoted to Christ, but distressed and frustrated by the directions being taken in both Roman Catholic and Protestant circles, and desiring a more full worship and spiritual life, are turning to the changeless Orthodox Church. It only makes sense that the Church from which the Bible came would be the Church where the faith described in the Bible could be lived out and preserved.

The Church which brought Orthodoxy to North America is now bringing North America to Orthodoxy. Constantly, people are being introduced to the faith and worship of the Orthodox Church. New churches are beginning in cities and towns from coast to coast. With renewed vision, many established churches have made the transition to English-language services. Not surprisingly, there is also a breadth of interest in Orthodoxy being expressed on college and university campuses in the U.S. and Canada. Students are discovering Orthodoxy as a place where the search for spiritual reality finds fulfillment.

'Orthodoxy is the Church of Christ on earth. The Church of Christ is not an institution; it is a new life with Christ and in Christ, guided by the Holy Spirit. Christ, the Son of God, came to earth, was made man, uniting His divine life with that of humanity. This divine-human life He gives to His brethren, who believe on His name. Although He died and rose again and ascended into heaven, He was not separated from His humanity, but remains in it. The light of the resurrection of Christ lights the Church, and the joy of resurrection, of the triumph over death, fills it. The risen Lord lives with us and our life in the Church is a mysterious life in Christ.'