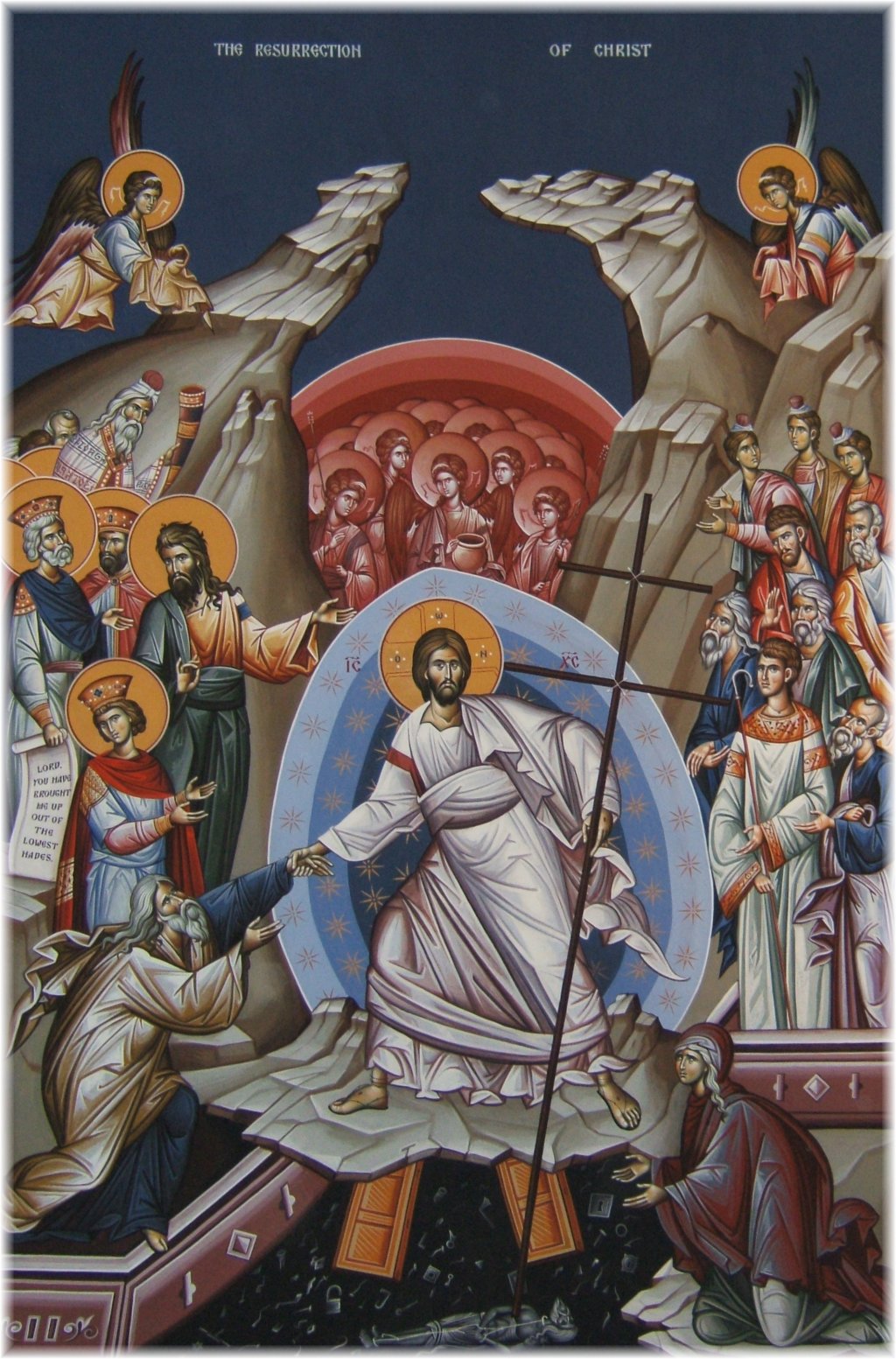 What is the Gospel?

The word Gospel is used all the time in the media, by religious people, and even as a genre of music. But what is the Gospel?

The Gospel is the good news that:

I. Jesus is the Messiah.
II. Christ is risen!
III. We can be saved.

So what does this mean?

I. Jesus is the Messiah

If there wasn't something wrong with the world, we wouldn't be in need of salvation. As Alexander Solzhenitsyn once said, “The line separating good and evil passes not through states, nor between classes, nor between political parties either, but right through every human heart, and through all human hearts.” Every human being is effected by evil, whether he sees it or not. It's what separates him from God, his Creator (Rom. 3:23; 1 Jn. 1:10). This is what sin is.

The word sin means “to miss the mark.” Sin is therefore not only separation from God but also the failure to live up to the full potential of what God created us to be, created beings filled with the uncreated energy of God Himself, in intimate communion with our Creator, united with Him in both body and soul (Eph. 4:13).

Jesus, Who is the eternal Son of God Who became a human being, just like any of us, is therefore our Messiah (“Christ,” “anointed one”) because He came to Earth to save us from the separation of sin and from the power of death. Because He is both God and man, He bridges within Himself the gap that formed because of sin. His coming was foretold in the ancient Hebrew scriptures (the Old Testament), and when He came about 2,000 years ago, history was forever changed.

The greatest moment in the history of the world was the Resurrection of Jesus Christ. Leading up to that moment was His birth from the Virgin Mary by the will of God the Father and by the power of God the Holy Spirit (Lk. 1:35). He grew up as one of us, lived, gathered His disciples around Himself, healed the sick, and taught about the Kingdom of God.

The defining moments of Jesus’ life on Earth were His suffering and death on the cross, followed by His miraculous bodily resurrection from the dead. Although people had been raised from the dead before in the history of God’s work with mankind, Jesus was the first to raise Himself from the dead, showing that He is God (Jn. 2:19).

Because Jesus is fully God, He has the power not only to forgive sins and restore mankind to
sinlessness, but also to transform human persons to grow into the likeness of God Himself. And because Jesus is fully man, His deity filled His humanity and made possible the restoration and divinization (being filled up with and changed by God’s presence) of every aspect of what it means to be human.

To affirm that Christ is risen is to bear witness to and experience this reality, that sinful people
can be united to Christ and healed of our spiritual wounds, given freedom from the power of death and separation from God (Heb. 2:14).

III. We can be saved

Most of the time, when people talk about being “saved,” they only have in mind whether they will go to Heaven when they die. But salvation in Christ is much more. Because of Who Jesus Christ is, both God and man, He made possible the way for us to become like He is (Eph. 4:13; 1 Jn. 3:2). We can become by His grace what He Himself is by nature. That is, we can become human beings filled up with the divine presence. We who are made in God’s image can also take on His likeness, showing the presence of God to the whole world in our own presence.

This process requires participation in the life of Jesus Christ (1 Cor. 1:18), repenting of sins (turning around and changing one’s life), being baptized into His death and resurrection (Col. 2:12), followed by being anointed with the gift of the Holy Spirit (chrismation/confirmation, Acts 2:38), and then partaking of His Body and Blood in the Eucharist (Jn. 6:53-56). This lifelong, sacramental, mystical experience of God Himself gradually changes flawed human beings into grace-filled, divinized sons and daughters of God.

The process of salvation involves a lifetime of struggle against our sinful tendencies, a serious dedication to put away the “old man” and to put on the “new” (2 Cor. 5:17). In doing so, sinners gradually transform into saints, the high calling of every man, woman and child to the ends of the earth.

So what about the Church?

When Jesus came to Earth, He founded a living community to be His Body of which He is the Head. This community, called the Church, began on the day of Pentecost in Jerusalem, soon spread throughout the Roman Empire, centered in the ancient cities of Rome, Constantinople, Alexandria, Antioch and Jerusalem and then later beyond the imperial borders.

Over time, as heresies (false teachings) arose, various groups broke off from that first community of Christians. That original community remains, however, passing on the faith and experience given by Christ to His Apostles from one generation to another, without adding or subtracting anything.